418-Acre Waterfront Redevelopment on the Raritan River Would Transform Brownfield

The project, which is being dubbed “Riverton,” is slated to be built at the former National Lead Industries property, commonly known as the Dutch Boy paints plant, and is a joint venture with New Jersey-based PGIM Real Estate.  The development, the company said in statement, will center on a village setting that mixes retail, restaurants, office space, hotels, parks and a marina.

In an interview, Mark Toro, the managing partner of North American Properties, said he believes the development is the largest mixed-used project and one of the largest brownfield remediation in the state. It will span 5 million square feet, he said. The company anticipates the project will extend through 2021. It is working to create “New Jersey’s next great hometown” with the project, Toro said from his office in Atlanta.Toro, a Belvidere native who graduated from Rutgers University, said the company toured several Garden State towns in the hopes of emulating them. Those towns included Montclair, Summit, Spring Lake, Princeton, Westfield, Red Bank, Asbury Park and Hoboken.

The new community will generate tens of thousands of jobs and will be visited by millions of people each year, North American Properties said in the statement. The company also believes the project will serve as a national example of what it called next-generation, mixed-use development.  A previously proposed plan at the site was approved by local and state agencies in 2014. The company, however, has since updated its redevelopment plan and is in the process of securing those approvals to implement the project.

In its statement, North American properties said a “critical component” of the project’s financing would come from the New Jersey Economic Development Authority through the Economic Redevelopment & Growth Program.   ATM was contracted by North American  Properties to prepare a market study and an engineering feasibility study for the proposed 418-acre waterfront redevelopment on the Raritan River. 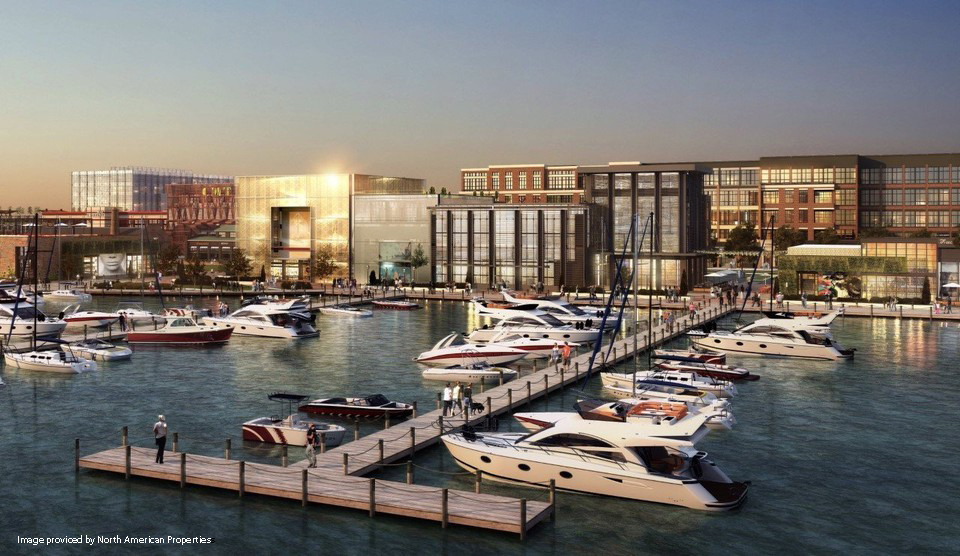